Posted on December 2, 2008 by fryerguitars

Photos from the “We Will Rock You” Sydney Premiere Oct 2004

Brian May, Roger Taylor and the WWRY show band played a set of songs from Queen Led Zeppelin Jimi Hendrix and others, and were joined on stage by Amanda Harrison and members of the Sydney WWRY cast.

Brian played the Greg Fryer Red Special guitar “Paul” and used a Kz Pro as a backup guitar. Our thanks to Kazutaka Ijuin for the lend of his Kz Pro #008

And yes, Greg got to play guitar roadie for the night and shot these pics… 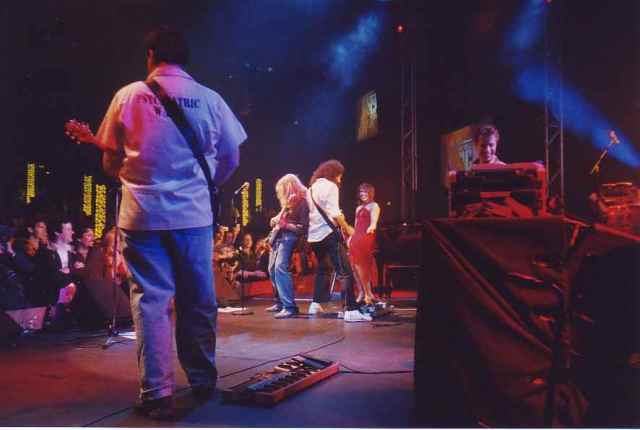 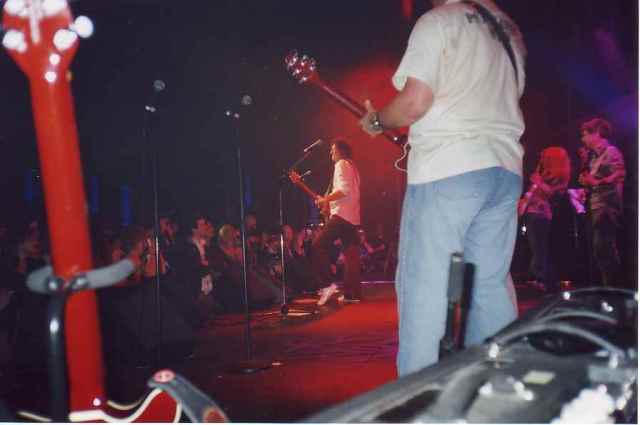 End of Tie Your Mother Down: ….”all your love toniiiiiight”…..