Ian Moss is probably Australia’s greatest and best known rock guitarist, well known for his work in the band ‘Cold Chisel’ which first formed in 1973. Ian is also a blues/soul styled singer of extraordinary ability and has forged his own very successful solo career.

Ian owns two Greg Fryer handmade guitars, the white/cream guitar built in 1989 and the black guitar (which nowadays has a new swamp ash spearmint green body). The black guitar’s history is detailed below. 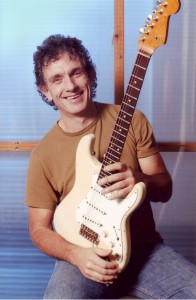 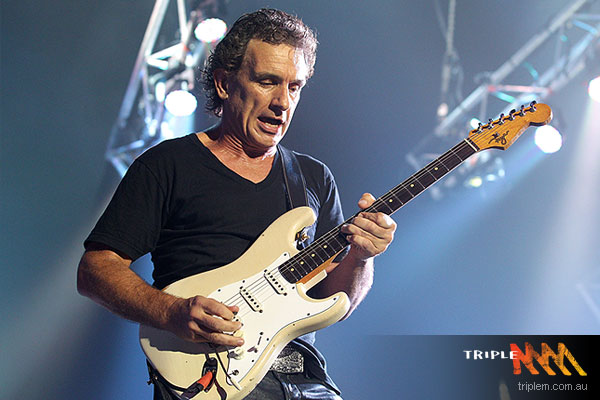 This was the guitar neck that Ian used during most of the early Cold Chisel days until their farewell gig at the Sydney Entertainment Centre in late 1983. When I first saw the band in 1977 this Strat neck was on its original pink/red Fender alder body which was recognisable for all the paint that was peeling off it due to its night after night hard gigging life and the oceans of sweat that poured over it during those many years on the road. 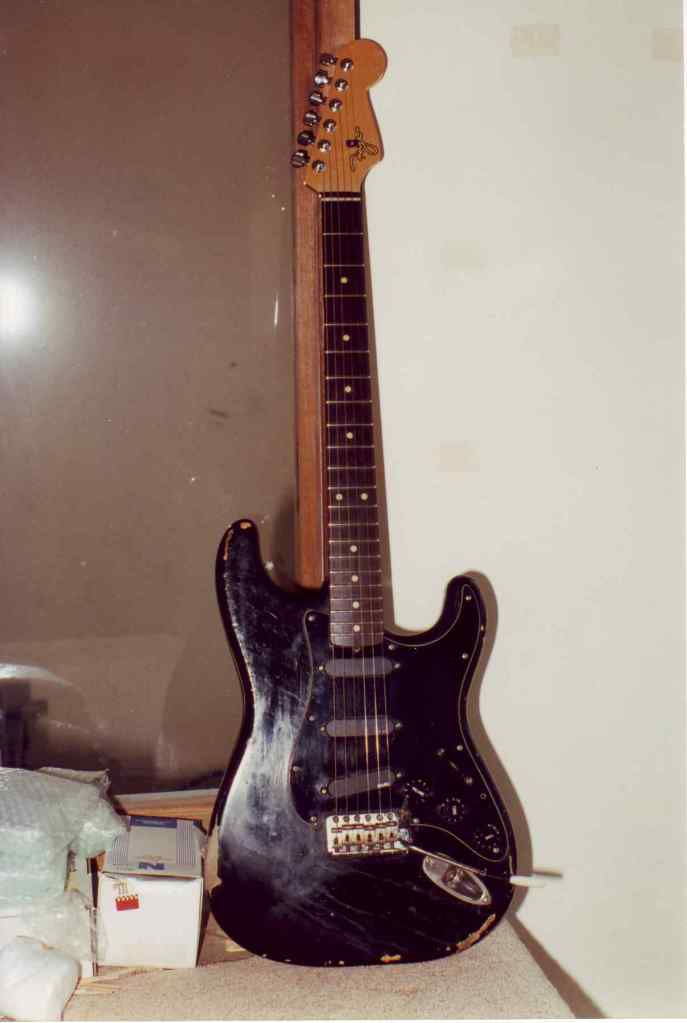 Ian Moss’ early 70s black body above with replacement Fryer neck built in 1996 after the original neck was broken. Body was later changed to swamp ash spearmint green in 2012. The guitar was made up of Fender bits from different eras: the original (broken) 1960 Fender neck first had its original 1960 alder pink/red body which featured on the early Cold Chisel albums from 1978 to 1980. This 1960 neck was then fitted to an early 1970s black body (pictured above) in about 1981 and was later damaged on stage in 1996 and the headstock completely broken off. The neck above was handmade by Greg Fryer from rock maple with a Brazilian Rosewood fingerboard and featured a custom Fryer truss rod.

‘Frogs Legs 103’ as Ian jokingly referred to the FL103 inscription above which was carved into the neck heel. Ian first asked me to do repairs and setting up on his guitar in 1987. The neck was at that time attached to its black 1971-ish Fender alder body but had been gigged really hard during its working life and had a lot of repair work done over the years and a variety of different bridges and tuning heads fitted at different times. The fingerboard has been refretted several times and the fingerboard curve had been flattened at the last refretting to approx an 11″ radius. The Fender decal on the headstock was not the original one and had been replaced when the guitar neck was resprayed satin clear during the Rock Repairs days in approx 1980. At one point the neck had a Kahler locking nut clamp which sat behind the nut. The neck came to grief during an onstage fight in 1996 between Ian and legendary bass player Ian Rilen. 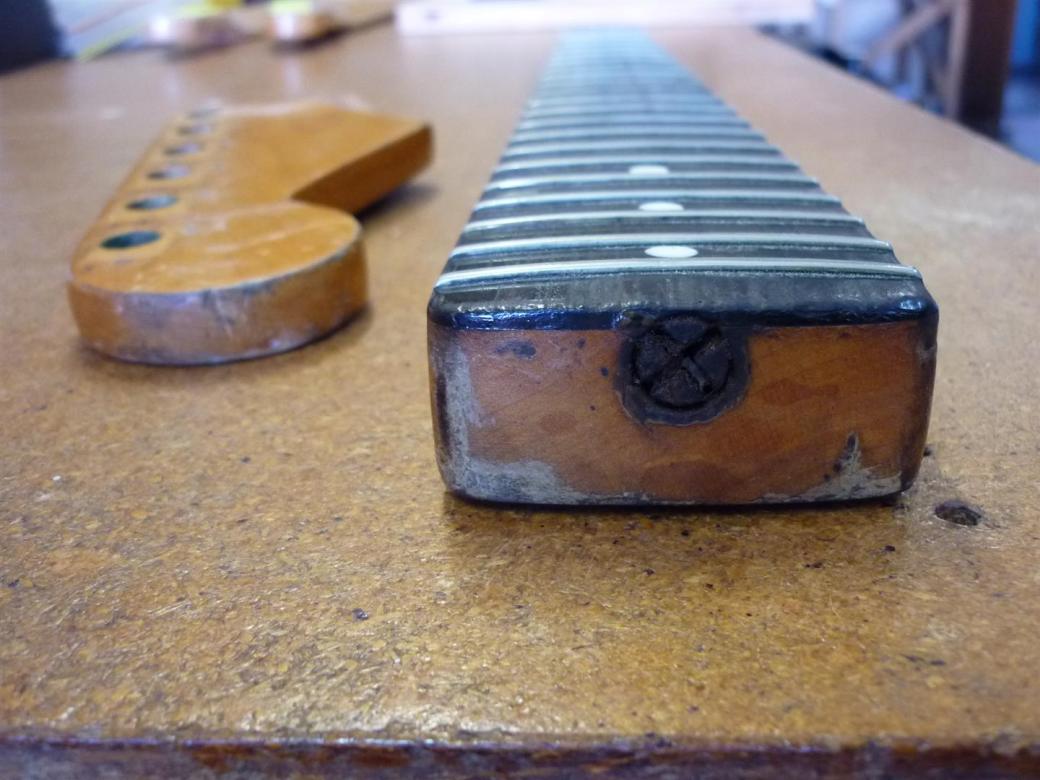